The sub-site Schafflunder Mühlenstrom is part of the 581 ha large N2000 site ”Gewässer des Bongsieler-Kanal-Systems” west of Schafflund. The small river Schafflunder Mühlenstrom flows in a glacial alluvial channel. In previous times the river was creating by natural dynamics habitats for “bare ground loving” species as the garlic toad. Nowadays the river had been stabilized and straightened and sand bars and other on river dynamics depending habitats are missing. The garlic toad disappeared as it breeding ponds when the ground water in the surrounding landscape was lower by the river straightening. First ponds in the extensive pastures had been dug in 2014 funded by the local district Schleswig-Flensburg. 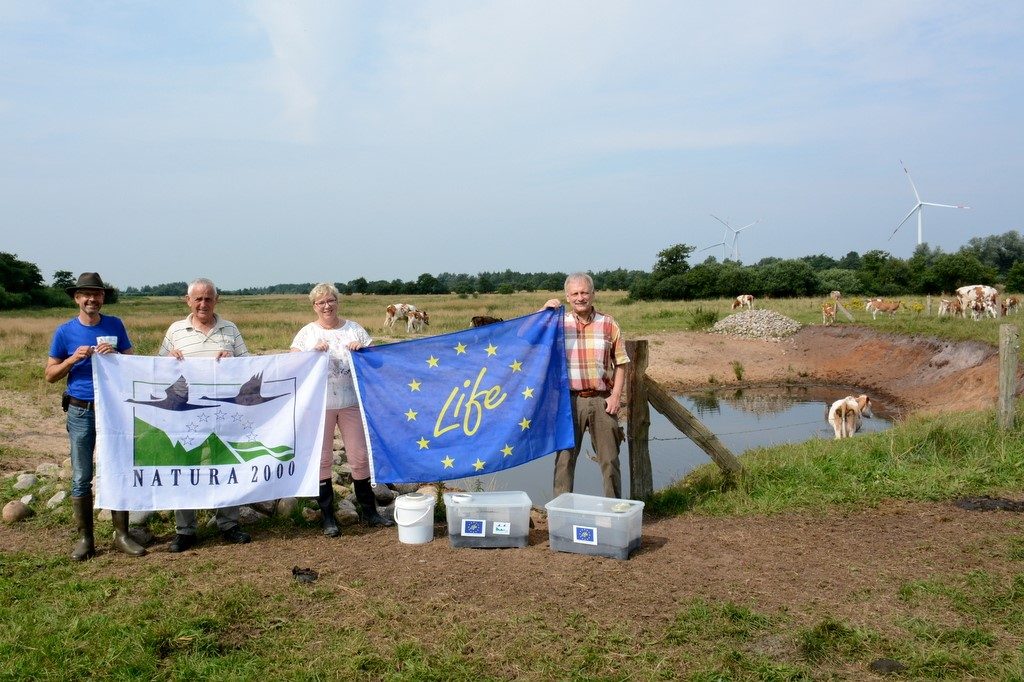 It is planned to optimize existing ponds, control Canadian water weed and to develop new ponds. Parallel the garlic toad will be reintroduced at the site.